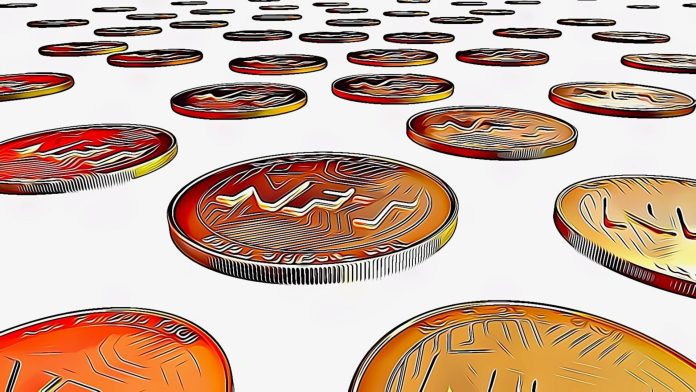 The gaming industry is ultimately going into the Blockchain as adoption continues growing. Most games now offer in-game rewards in collectibles and NFTs, which can be traded for real cash on a secondary marketplace. Collectibles and NFTs Tokens have a robust ecosystem with a massive total market capitalization of $15,850,495,838 and a total trading volume of $1,503,807,128, according to data from CoinMarketCap.

Note: The tokens are ordered by their market capitalization from lowest to highest.

Built on the Solana Blockchain, Aurory is a tactical, turn-based, NFT-creature battler JRPG. Players are welcomed to go across the worlds of Antik and Tokané as they complete quests, unearth lost artifacts, conquer foes, and engage in competition with other players employing monsters known as “Nefties” in this expansive and varied cosmos.

These magical beings are created as non-fungible tokens NFTs that can be gathered, hatched, traded, and utilized in combat. In this captivating JRPG, they will follow players as they set off on their adventure through several engrossing game modes.

In the single-player Adventure Mode (PvE), an epic plot with allusions to the crypto-universe is presented through visually appealing, vibrant imagery and high-end production values.

Exchange: AURY is currently trading live on CoinTiger, Bitget, FTX, KuCoin, and Huobi Global with a 24-hour trading volume of $776,650.

A free-to-play, 3D turn-based tactical RPG game with a retro aesthetic is called Voxie Tactics. The creators of this virtual world drew inspiration from the traditional tactical games of the 1990s and 2000s while keeping in mind contemporary game mechanics and upgrades.

Exchange: VOXEL is currently trading live on Binance, Bitrue, BingX, XT.COM, and Phemex with a 24-hour trading volume of $3,113,223.

Without parachains or smart contracts, RMRK (pronounced “remark”) is a collection of NFT legos that enable NFTs’ limitless extensibility. It is hosted on Polkadot’s canary network, the Kusama blockchain.

Some of the well-noted RMRK Products include:

When creating collections automatically added to Singular from the various supported chains,the protocol’s official token is the RMRK token, is necessary as a deposit for Sybil resistance and spam resistance. It is not required to use the protocol, but it can improve the experience.

Exchange: RMRK is currently trading live on KuCoin, BKEX, Gate.io, CoinEx, and SushiSwap with a 24-hour trading volume of $223,617.

Derace calls itself a “complete NFT horse racing ecosystem” and out to redefine the GameFi landscape. DeRace users can acquire special NFT horses, breed them, outfit them, and construct their own NFT hippodrome for holding competitions.

Horse racing, in contrast to other sports, is plagued by corruption scandals and a lack of digitalization, a problem that DeRace hopes to address.

DeRace suggests an entirely fair and transparent tailored gaming experience. Through their ownership of distinctive NFT horses, players are encouraged to grab the reins of the process rather than being limited to being merely onlookers.

Exchange: DERC is currently trading live on MEXC, Bitget, KuCoin, Crypto.com Exchange, and BKEX with a 24-hour trading volume of $3,585,535.

Battle World is a Gamefi battle royale Metaverse project built on the Polygon network. The players are put into landscapes themed after well-known cities and sites worldwide, where they must fight other players and loot their way to the top of the leaderboard.

According to details from the website, Each game is unique from the last, giving the game limitless replay potential.

A range of weapons, simple-to-learn shooting techniques, and the thrill of living until the end, with endearing and relatable characters, all contribute to the game’s main gameplay loop.

Exchange: BWO is currently trading live on Huobi Global with a 24-hour trading volume of $619,179.