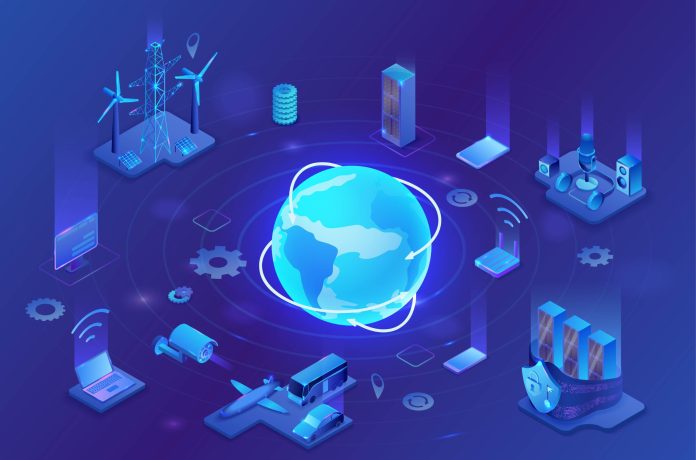 According to CoinMarketCap, Arbitrum is the main layer-two blockchains for Ethereum that uses optimistic rollups as a scaling mechanism. Because of its focus on processing transactions, it can process up to 40,000 transactions per second while using substantially less gas.

Note: Tokens are sorted by their market capitalization from lowest to highest

Launched in July 2020, AnySwap was designed to support the exchange of tokens across various platforms as a completely distributed protocol.

Anyswap, one of many emerging networks in the DeFi market, enables cross-token trading and swaps. XRP, Litecoin, and Tether are just a few of the cryptocurrencies that have integrated Anyswap, which is present in 95% of them.

Thanks to Fusion’s Decentralized Control Rights Management (DRCM) technology, Anyswap can better control the flow of token migration between blockchains. Anyswap’s token enables users to exchange coins instantly. Additionally, holders of the ANY token are free to choose which coins should be listed on its decentralized exchange, Anyswap DEX.

Exchange – With a 24-hour trading volume of $633,656, ANY is trading on top cryptocurrency exchanges such as BTCEX, MEXC, BKEX, Gate.io, and Bibox.

Stargate is described as a fully composable liquidity transport protocol that runs operations at the centre of Omnichain DeFi.

A transfer submitted on the source chain is guaranteed at the destination; transfers through the Stargate have instant guaranteed finality.

Additionally, STG holders have the option to lock their STG tokens in exchange for Stargate’s governance token, veSTG.

Exchange – with a 24-hour trading volume of $140,750,152, STG is trading on some top cryptocurrency exchanges such as Binance, BTCEX, Deepcoin, BingX, and Bybit.

The Frax Protocol is the first stablecoin system based on a fractional algorithm. Currently implemented on Ethereum, Frax is open-source, permissionless, and totally on-chain (with possible cross chain implementations in the future).

The Frax protocol’s ultimate objective is to replace digital assets with a fixed supply, like Bitcoin, with a highly scalable, decentralized, algorithmic form of money.

The following ideas are incorporated into the protocol:

Through imagination, $MAGIC, and NFTs, Treasure is the decentralized video game console that links games and communities.

Some of the Infrastructures set up on the platform:

The MAGIC token serves as the glue that holds together Treasure’s emerging gaming and NFT ecosystem. The network of communities, metaverses, and DeFi infrastructure created on Treasure supports MAGIC.

As MAGIC weaves an ever-expanding web of narrative bridges within Treasure’s ecology of metaverses, it was intended for MAGIC to become increasingly rare (emissions dropping as economic complexity increases).

Users of dApps powered by Celer will benefit from a rich multi-chain ecosystem while also enjoying the simplicity of a single-transaction UX, all from a single chain.

According to the website, cBridge handles around $8 billion in cross-chain asset transfer volume for more than 160 thousand unique customers across 30+ blockchains, and it is rapidly developing and expanding into more layer-2s and blockchains. Users can also stake their holdings and get rewards while handing over transaction validation to “delegates.”

Exchange – CELER has a 24-hour trading volume of $11,043,453 and trading on top cryptocurrency exchanges such as Binance, OKX, Deepcoin, BingX, and Bybit.