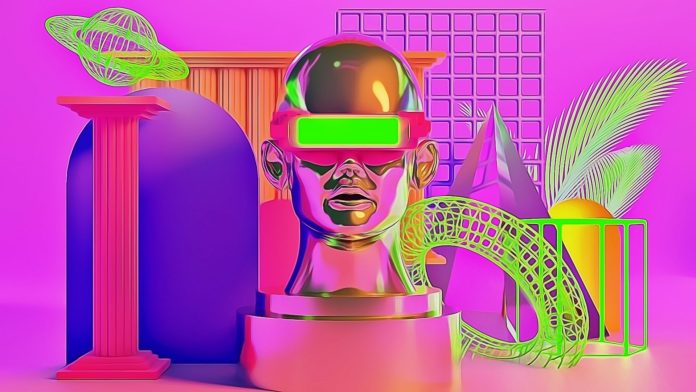 The metaverse is just a fictional version of the Internet that resembles the real world and uses technology like artificial intelligence, augmented reality, non-fungible tokens, and digital currencies. The General Metaverse tokens market capitalization is sitting at $12,912,338,609, and the current total trading volume is at $3,177,756,823.

Note: This List is sorted by their market capitalization from lowest to highest.

Musicians, athletes, and other digital content providers can communicate with their audience in virtual worlds directly through CEEK.

The capacity for true ownership of digital things that will travel through various digital reality contexts will be made possible through CEEK’s NFT Marketplace.

Recently, CEEK was featured as the 1st in the Top 10 NFT Projects on CertiK with a Trust Score of 95/100. CEEK also was reported as a top gainer in BNBChain Ecosystem with Doge, SHIB, APE, and CELR all behind it.

The New Creative Economy’s interaction between brands, creators, and users will be revolutionized by LUKSO, a next-generation EVM blockchain built on the Casper PoS protocol.

Marjorie Hernandez and Fabian Vogelsteller established LUKSO. Former Lead DApp Developer at Ethereum, Fabian is the creator of ERC20 and web3.js, the two technologies that serve as the basis for the current DeFi and NFT protocols. Expert in product innovation and management Marjorie Hernandez formerly established and oversaw EY’s Digital Innovation Lab in Berlin.

The PlayDapp token (PLA) is a virtual currency that can be used to buy and sell NFT items both within games and on the worldwide C2C marketplace playdapp.com within the PlayDapp Blockchain gaming ecosystem.

Through the PlayDapp service platform, PlayDapp seeks to convert users of non-crypto games to blockchain game players. To do this, PlayDapp offers PG alternatives for playing games devoid of cryptocurrency.

In the blockchain-based PlayDapp C2C Marketplace and Tournament, everyone in the globe will be able to conduct NFT transactions without restriction.

To encourage more people to play games on the PlayDapp service platform and become crypto game users, PlayDapp will offer a variety of blockchain networks and game dApps.